It's about to get controversial up in the Break Room because I'm going to make a confession. Not an earth-shattering one, but one nonetheless. 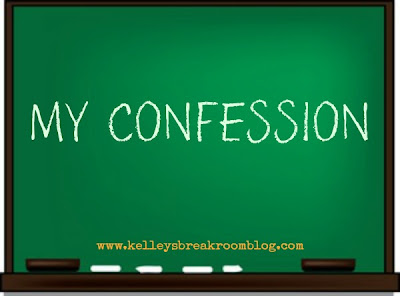 I never get controversial. Well, I have before, but it is something that I try to avoid. I don't like when people throw chairs around, you know?

The controversy surrounds schools, education, diversity, socioeconomic status, uppity people and...the PTA. Or is it PTO? I can't keep up.

And I didn't bring it up.

Mr. Jonathan Grant, the award-winning author of The Way It Was In The South: The Black Experience In Georgia, which won "Book of the Year" in Georgia and was the Editor's Choice in American Heritage magazine, brought it up in the book Chain Gang Elementary. Here is the summary of the book that you will find on the back cover: 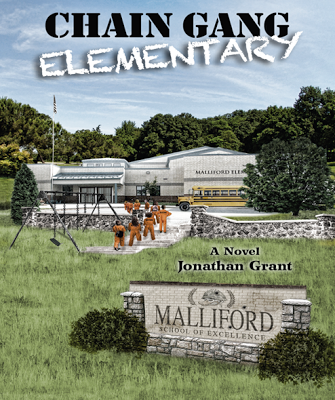 The book almost read like a true story, even though the plot contains lots of movie-like twists and turns, because it referenced things we see in the news today about PTA embezzlement (gasp!), testing scandals, immigration issues and zero tolerance. In Mr. Grant's own county in Georgia, the former superintendent has been indicted on racketeering charges, the school system has been put on probation by its accrediting agency and all nine members of the school board have faced a hearing of inquiry into their removal en mass by Georgia's governor. Chain Gang Elementary is definitely fiction, but it kind of reminded me of historical fiction, where you are entertained but learning things that may be true at the same time. Such a good combo.

It also brought to mind the movie and book, The Help. Remember the group of ladies who wanted to help the children in Africa but turned their nose up against integration in the South? Lots of characters in this book would belong in that group.

Tied in with this fast-moving, scandal-packed story about Richard Gray, the first male PTA president in Malliford Elementary's history in 20 years, against the uppity and proud school's principal, Ms. Rutherford, was lots of information that made me say to myself, "Is that true? Is that really true?", which made me want to read more. Things like eating grapes and drinking water before a test will help the children perform better because the hydration improves the brain's processing speed (this was brought up by a teacher in the story who only taught to improve kids' grades on standardized tests) and a home in a 5-star school district is worth $30,000 more than one in a four-star school district. That last part I totally believe. We looked for houses for 5 months and were fixated on the performance of schools. (I have concluded, though, that a perfect school does not exist anywhere.)

Chain Gang Elementary held my attention and convicted me over and over again.

Mr. Grant delivered this book to me right during the time we were considering moving out of our house. We had a few reasons we wanted to move, but one of them was to get into a different school district. The school we were at was a great school. I mean, the teachers were dedicated, the principal was caring and my son felt very comfortable there. But, in terms of state records, it wasn't a "high-achieving" school. For reasons tied to parent involvement, homework was not given out unless parents requested it. Textbooks were never sent home, at least not in the time we were there. (My son is in the second grade.) I could count the number of parent volunteers on two hands. Maybe even one. I know this doesn't mean that the parents didn't care. There are multiple reasons why parents cannot get involved in the school, but at PTA meetings, there were a handful of parents and a bunch of crickets.

This is where I felt convicted when reading the book. I felt like I was one of the uppity parents wanting to move out of a school because it wasn't "good enough" for me. When we were leaving the school and I was bidding farewell (so formal!) to the principal, teachers and office staff, I felt like it was hard to look them in the eye. What was I doing? Were we making the right decision?? I was sad to see my son leave his friends he had since Kindergarten. I knew every single one of their names and felt like they were siblings in some ways to my 8-year-old. I had read to them many, many times and listened to them read. I loved those kids, y'all. The sweetest faces ever. I made him an autograph book and those awesome, precious children and teachers all left him notes and pictures. (I'm honestly in tears right now. Goodness gracious.)

We ended up moving.

My son is now in a school where there are TONS of parents involved. There are so many volunteers that you have to fill out applications like you are applying for a job and get a badge made. There is a wall full of badges that the volunteers grab when they are serving, as well as a computer for them to log into when they arrive and depart from the school.

And it makes me sad that I'm not at the other school where the volunteers are REALLY needed. I know I can still go back there to volunteer, but will I? Do I have the time to dedicate there with all of the other stuff I do every day?

Why didn't we stay at the other school? The one that wasn't as high-achieving? If parents that can volunteer and can help out all leave, then who is there to help? Why didn't I want to stay? Why did we go? Why didn't we just move into another house in the same district? Could I have done anything to help the situation if I had stayed? Does "high-achieving" school mean anything, if all the school does is teach to a test? Does a school's grade on websites like www.greatschools.com even matter?

You will want to read it for yourself.

Lucky for you, the e-book is "Chain Gangnam Style" because it is half-price. You can buy it HERE for only $2.99! That's crazy cheap! You can also use the Rafflecopter form below to possibly win one of TEN copies of the book. Mr. Grant is willing to give away 10 books and will mail it to the winners for free.


Mr. Grant lives in Atlanta with his wife and two kids. He was a former PTA president himself. You can find him on Twitter here. He writes a blog called Chain Gang Elementary that includes information about his book and other things he finds fascinating. He is also the author of the book Brambleman and is working on a fourth book now called The Unhappy History of Higgstown, Missouri (with zombies!).