The 12 Days of Christmas: 70 YEARS (and a bad hearing loss) LATER

It was December 1780 when the then young man first gave his wife twelve different sets of enormous and grand gifts.  It was now 1850 and he was 90 years old.  The now gray old man wanted to celebrate once again the love for his wife by delivering the same twelve gifts.  The problem was, he had forgotten just what he had delivered.  His hearing was just about shot and his memory was pathetic.  He chuckled to himself realizing that it would not be a problem that his Christmas list of 70 years ago had totally slipped his mind.  The gifts he had given became the talk of the town back in 1780 and a song had been written about it called it "The Twelve Days of Christmas" or some crap like that.  He thought it was silly at the time, but now he was thrilled his Christmas list had been preserved throughout the generations.  All he needed to was head down to the the nearest corner and ask someone sing him that song.  His wife would be ecstatic to receive all of those grand gifts this year!  He just knew it!

The feeble and wobbly gentleman put his coat and top hat on, passed his wife snoring with her mouth wide open as she napped in her knitting chair, carefully climbed the steps down to the street and immediately happened upon a couple of the nicest young women he had ever met.  He told them his plan, which they absolutely adored.  In sweet little voices, they sang the beautiful song to him while he carefully transcribed the names of the gifts in his leather-bound notebook.  He thanked them profusely, climbed back up the stairs with the greatest caution and then froze.  "Am I supposed to give her all of these gifts ALL AT ONCE?  I can't remember how I pulled this off so long ago...", he said to himself.  He turned as quickly around as a slow old man can turn to ask his new young friends, but they could already be seen at the far end of the street violently giggling together.  Oh, well.  He set to work trying to figure out just how he would accomplish this feat at this time in his life.  He was determined to do it for his old bride.

He settled into his writing desk to begin organizing his fantastic Christmas plan, looked down at his horribly penned Christmas list, scratched his head, scrunched up his eyes and re-read the list over and over.  Did he get that right?  Did he HEAR THEM RIGHT?   He muttered to himself,


"You blasted ears.  You better not have led me down the wrong path again this time.  I swear if you did, I'LL CUT YE BOTH OFF!!!"

So, that Christmas morning, he blindfolded his wife, brought her to the front porch, gingerly removed the handkerchief and revealed the following heartfelt gifts lined up in front of his house and down his entire verrrrrrrrrrrrrrrry long street: 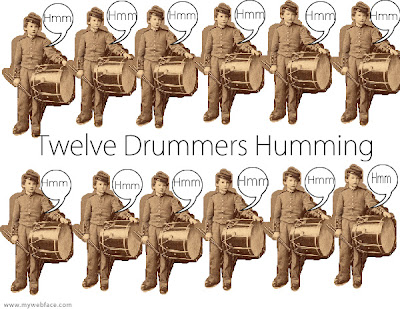 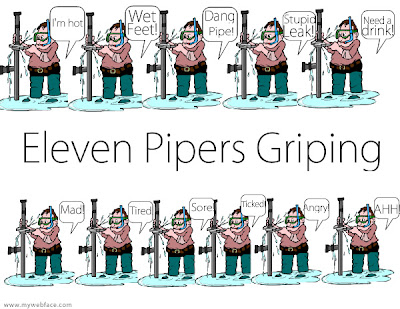 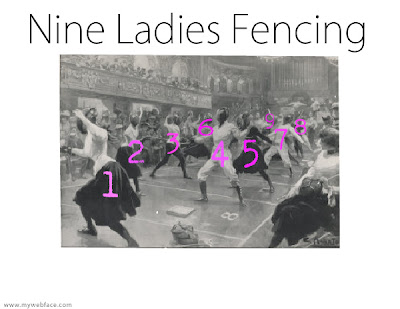 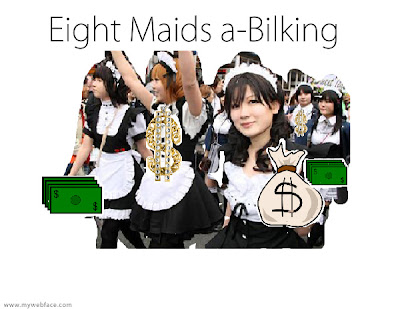 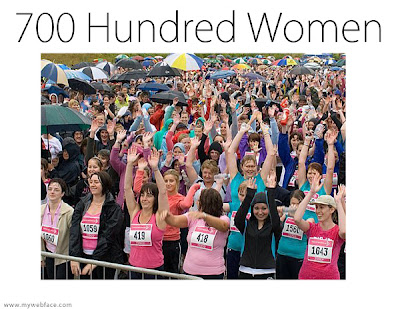 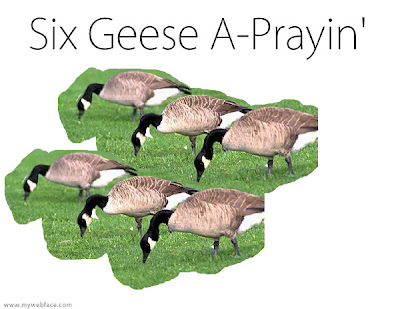 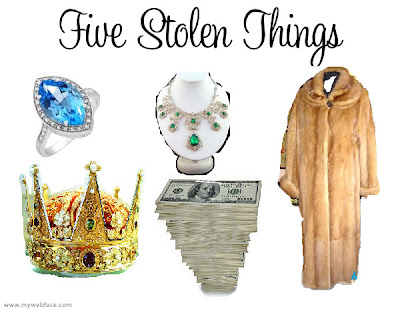 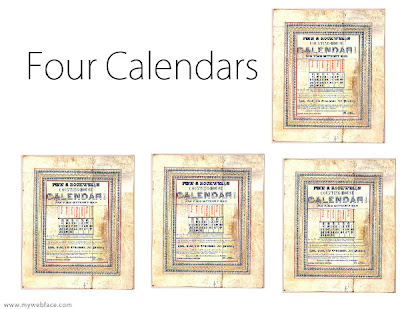 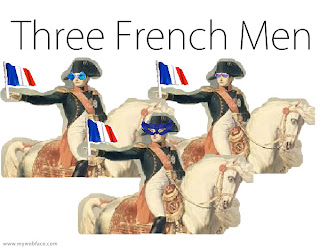 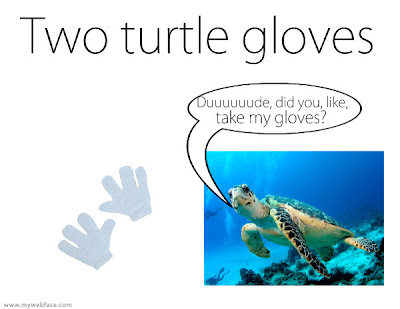 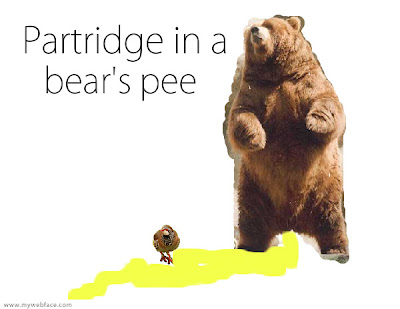 After she took the whole scene, her first reaction was to beat him over the head with her knitting needles.  THERE WAS A DADGUM BEAR RIGHT IN FRONT OF HER HOUSE AND SCANTILY CLAD MAID-THIEVES DANCING AROUND AFTER ALL!  Instead, she muttered something to herself about his worthless ears and plastered a smile across her face as she didn't have the heart to tell him about how it was supposed to have been 12 drummers drumming, 11 pipers piping, 10 lords a-leaping, 9 ladies dancing, 8 maids a-milking, 7 swans a-swimming, 6 geese a-laying, 5 golden rings, 4 calling birds, 3 French hens, 2 turtle doves and a partridge in a PEAR TREE.  It was clear that it took quite a lot out of the old man to get this production together in the first place.  So, she simply gave the old man a great big hug, thanked him, thanked him and thanked him again, handed him a mop and said, "Now, go clean up that bear pee".  After he was unable to find a "rare bee" to clean up ("Crazy old woman!"), he went inside and took a nap himself.