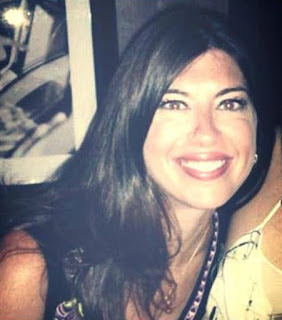 I consider my blog to be a humor blog meant for everyone: mothers, fathers, single women, single men, teenagers, the elderly with good eyesight, highly developed infants and your neighbor on the left. My work has been featured in The Huffington Post and I have written sponsored content for Bravo's Top Chef, Staples, Target, Chevrolet, Green Giant and MSN, among others. I have also test driven and reviewed cars for Mazda and Kia through Drive Shop. I am grateful to have been a contributor to  the former NickMom from 2011 until its conclusion in 2015 and I am a co-author on the popular book, I Just Want To Pee Alone. I was named in Mashable's 2013 "17 Funny Moms on Twitter" list and I have appeared in the Huffington Post's "Best Parenting Tweets" list several times. One of my tweets was also read on The Steve Harvey Show in May 2014 by Steve Harvey himself! Hearing him say my name was one awesome moment. I have also appeared on Great Day Houston, Houston's Fox 26 Morning Show and on the NickMom TV show Parental Discretion with Stephanie Wilder-Taylor. In June 2014, I presented at the Blog U convention in Maryland about Twittering. (That's not a word, but this is my blog, so.....).

In my professional life, I am a speech-language pathologist in a hospital and a public school and work on a part-time basis. I received my bachelor's degree from The University of Texas at Austin in 1997 and received a master's degree a couple of years later. In 1999, I married my college flame, Chris, and I have two awesome, wonderful, fun and handsome sons (did I go overboard?) that were born in 2004 and 2008 that play an awful lot of baseball, in addition to other sports, like flag football, basketball and swimming. If you call and I don't answer, it is because I am sitting on a bleacher somewhere or in a folding chair and my phone is dead. Their sports and my part-time job are reasons that I don't post here in the Break Room as much as I once did, but I refuse to leave this Break Room chair. I post more frequently on the Kelley's Break Room Facebook page these days, so please make your way over there, too!


Thanks so much for stopping by the Break Room!  Please, please...make yourself at home.  We don't have a "no shirt, no shoes, no service" policy around here.  You have complete freedom to walk up to that vending machine you see at the top of this blog to purchase a Coke in that outfit you wore when you were born.  *Speaking of Coke...can I get you one?  The first one is on me.

*When I was growing up, the first thing my family always asked our guests was, "Can I get you a Coke?" So, that's what that's all about.
Email Post