By now, we all know who Bill O'Reilly is, I imagine. No? The "No Spin Zone" guy with his own show on Fox News, "The O'Reilly Factor"?  He used to be on Inside Edition and freaked out once because he didn't understand the teleprompter?  (Watch it here.)

Okay, well, I went on my honeymoon with this man.
We were never married, of course.  We actually never even went on a date.  He was there on my honeymoon, though.
We saw each other a lot.
Granted, I was with my new husband, Chris, and he was with his wife and child, but, still...it was like we were honeymooning together!

So, this is how it started...  Chris and I were eating dinner at a small, local Mexicanish restaurant.  I was working on my 2nd Mudslide while we were discussing the hypotenuse of our folded table napkins.  There was no one else in the restaurant...

except for one other couple on the other side of the small room. It was a man, his wife and his small child.

I locked eyes with the man.  Another man.  ON MY HONEYMOON, for goodness sakes.

He knew I recognized him.

And Billy O. wanted to hide.  I don't blame him.  He was obviously trying to avoid the crowds and was hoping no one recognized him.

It was November 1999 at the time.  The O'Reilly Factor had officially only been on-air since the year before.  I couldn't remember Bill O'Reilly's name.  The Mudslide didn't help.  I asked Chris if he recognized that guy sitting across the room trying to look busy with his menu.  I don't think Chris did, BUT I DID.  I was revved up by then and I wanted to find out if he was "that guy that is sometimes funny but can be really rude, too" on Fox.  Chris told me not to go over there and say anything, but I had to know!  Also?  I was feeling quite invincible and confident.  Bill had also given me eye contact by that point. The Mudslide?

So, as Bill was getting up to leave the restaurant, I began swaying over his way.  He was looking rather grumpy.  Poor guy.  I asked him in my most composed voice, "HEY!  Are you the guy that has that show on TV about news and stuff?  I'm sorry I can't remember the name!"

I am sure that last bit really got our friendship off on the right foot.  We were going to be friends, right?  He was going to invite Chris and me to dinner that night and then to Christmas dinner the next month back in New York?  Right?

"Okay, well, alright then!  Enjoy your time on the island!"

He said something to the effect of "You, too" or "Go let a stingray plunge his tail into your heart".  I can't really remember now.  You know.  The Mudslide.
Our rendezvous didn't end there.  Lucky for him, we were staying at the SAME HOTEL.  Since the island is small to begin with, it was NOVEMBER and we were staying in the same hotel, we crossed paths a few more times.


*Once in the gift shop...  When I saws B.O. (HA!!! His initials are B.O.!! Grow up...) walk in and head straight to The Wallstreet Journal, I was probably looking over a-dolphin-eating-a-rumcake magnet.   I remember thinking how exhausting it would be to always have to be really knowledgeable about so many different current events.  I manage to stay up on the latest Bachelorette news, so I guess I am underestimating myself.  Forget I said anything!

*In the hotel lobby...  He was reading said Wall Street Journal.  I am fairly certain he saw me eyeing him again because as I passed by, he slid the newspaper that was in his lap practically over his face.  I bet he almost suffocated inside that newspaper tent he made for his face.  I wasn't even going to talk to him again.

*Out by the pool...  He was trying to maintain his cover and move about incognito, so Bill decided to wear this as a shirt with his bathing suit.  I definitely think bright baby blue for the Houston Oilers is a logical piece of clothing when you don't want to blow your cover.  What is even more ironic is that I AM FROM HOUSTON! 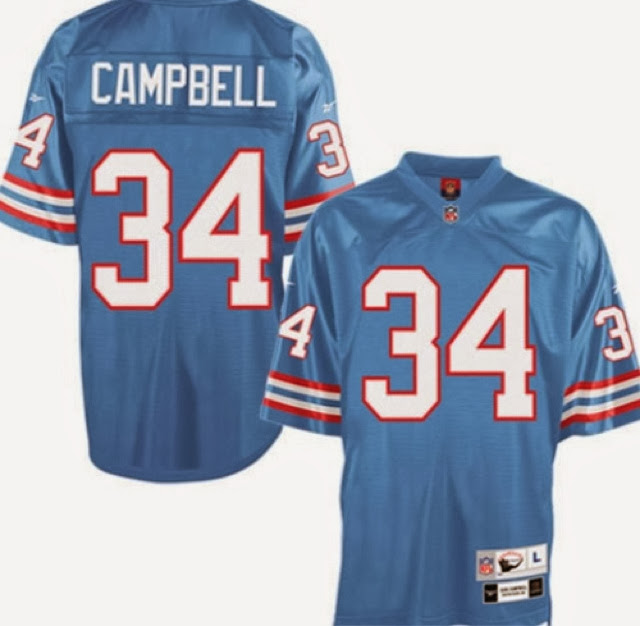 So, that's the deal.  I technically went on my honeymoon with Bill O'Reilly.  If I had known he was going to be so grumpy and not real generous with the smiles, I might have practiced up on my Kung Fu moves months in advance.