Unsolved Mysteries: The Sesame Street Edition (And "Finding the Funny" #18!)

Unsolved Mysteries. Man, I loved that show. It started in 1987 and I was glued to the TV every time this dude came on the air. He had just had a way about him that made me want to don a brown trench coat and act really, really serious.


He never covered Sesame Street, though, which is unfortunate.

Let's talk about Sesame Street for a minute before we jump right into the unsolved mysteries, shall we?

Sometimes I feel guilty that my kids don't watch Sesame Street. It has been around since the late 60's, has stood the test of time and, yet, it's not good enough for my kids or something. What's my problem? What does Caillou or Franklin or Little Bear or Dog the Bounty Hunter or Cops or The First 48 have that Big Bird doesn't?

I can't answer that without completely breaking down in raging guilty tears, but I can tell you that an episode of Sesame Street lasts a looooooong stinkin' time. Your kids can be born, get potty-trained, learn to speak Mandarin and use sign language to read War and Peace "out loud" from cover to cover all in one episode of Sesame Street.

I hope Sesame Street doesn't think my observations about their never-ending show, my disgust regarding Cookie Monster's seemingly inability to EAT WITH HIS MOUTH CLOSED and my annoyance over Elmo's super irritating voice means I don't love them.

I think about them all the time.

In fact, memories of Sesame  Street have flooded my mind many times over the years. I suppose I hit SS the hardest from 1978-1982ish. I was born in 1975, so those days spent watching Snuffleupagus move like a sloth on antidepressants and Bert never getting out of his bad mood unless a pigeon flew by were from the about ages of 3 to 7 and that one time in 6th grade when I stayed home from school and was totally using Sesame Street while waiting for Inspector Gadget to come on TV.

I guess I kind have a thing for detectives and mysteries.

Seriously, though, I so wish Robert Stack from Unsolved Mysteries would have covered Sesame Street just once to investigate...

I. Loved. This. Dude. Where did he go, though? He painted until number 11 and POOF! he was gone. This painting dude in the hat starred in these little segments that were filmed in 1972. I loved how he saw an opportunity everywhere to paint his awesome numbers. What I loved even more is that he could paint them so smoothly. I envied his brush strokes. I envied his ability to paint the number 8 right on top of a bald man's head and get away with it in the end. I WANTED TO PAINT ON A BALD GUY'S HEAD AND NEVER, EVER COULD. (My neighbor was bald.) Why didn't you keep painting, man?


Just ONCE you'd think that Oscar could climb his dirty green butt out of his trash can and show us his stinkin' legs. Was Oscar injured during The Battle of Sesame Street or what? Was he a double amputee or something? What in the heck? Also, I felt completely insulted that he claimed his trash can housed a farm, swimming pool, ice-rink, bowling alley, and a piano over the years. SWIMMING POOLS DON'T FIT IN TRASH CANS, OSCAR. We may not have known how to control our bladder during the night, but we knew that!

Dave Ward has been a news anchor on Channel 13 in Houston ever since 1968. He is still a news anchor. The man can read a teleprompter, y'all.

Can you guess who that character might be? Take a gooood looooong look at Dave Ward. Think of those characters... Big Bird? Elmo? Cookie Monster? Anyone else? 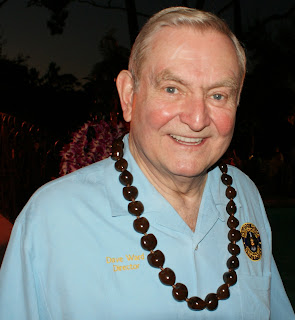 The Count, of course!

Please tell me you see the resemblance. If you need more time to think it over, print both pictures out and mull over them a while. Maybe tuck them on the visor of your car so you can reference it as you drive around town. Maybe on your refrigerator?

I am not kidding when I say that EVERY SINGLE TIME I see Dave Ward on the news, I think of The Count. Do you want me to tell you how many times that has been? I will! 1! 2! 3! 4! 5! 6! 7! 8! 9! 10! 11! Okay, I'll stop. You get my drift. Every. Time. If you say you don't see the resemblance, I will feel like I have wasted almost my entire life and will break down in raging tears again. The tears are mostly because I bet I'm sad that Dave Ward may have never known his real purple father.

Just tell me the truth.

Did you write something funny and not tell us about it? Why would you do a thing like that?  Link that mess up. (Pretty please?)


Most Clicked Links from Last Week

#1 - Yay! My First Hate Mail Here at ODNT! ODNT
#2 TIE - Cookie Contest Queen Wildlife in the Woods
#2 TIE - Things You Can Do With Boobs Tales of a Failed Crunchy Mom
#3 - You Show Your A$$ Hot Mess Mom
#4 - I'll Never Shave My Legs Again Tales of an Overworked Supermom
#5 TIE - Easy as 1 Abby Has Issues
#5 TIE - Honest Mom's 2yo terrifies Jet Blue passengers Honest Mom
#5 TIE - My Neighbors Might Be Cannibals Tales of a Semi-Domesticated Mama


Were You One of Sue's Favorites?

Sue at The Creative Chicken is sharing her FIVE favorite posts from last week's party. Head on over to her blog to see if you were one of her favorites!