I had the privilege for several years to work at M. D. Anderson Cancer Center with both children and adults. All of the age groups were hard for me to see fight the cancer battle day after day, as it would be for anyone. No one likes cancer at any age. The children, though. The children. They hadn't even had a chance to get a locker before they had to do such big grown-up things like take chemo and get CT scans.

I have written about childhood cancer on this blog before. A beautiful little girl named Julia Cobb was a patient at M. D. Anderson. She touched many lives in a positive way each and every time she was in that place. I met her father, Jonathan, in an elevator the day before I was to stop working there for the summer. Although she did not make it- Julia passed away on October 29, 2013-  her legacy and positive spirit live on in so many lives. You can read more about Julia here.

Though my heart was broken over and over again working at M. D. Anderson, and only a tiny fraction to the pain the parents felt over the loss of their sons or daughters, my heart was encouraged, too. I sit here right now and have tears well up in my eyes over the memories of sweet, sweet faces I gazed into that are now no longer walking this earth with us anymore. My heart also sings, though, because many, many children were fortunate enough to beat cancer and are living healthy today.

The victories for many of the children are due in large part to the funding of cancer research. I know this is an area that is very near to my friend Kathy's heart. She writes the blog Kissing The Frog. You will see a section called "Joey's Story" in her navigation bar. This section will bring you to tears. Joey's story is a heart-wrenching one. He did not survive the cancer fight. I cry to type the sentence. I can't even imagine how my heart would be shattered.

For precious little ones like Joey, Julia and like my sweet friends at M. D. Anderson, we give to fight childhood cancer. We give so that the chances increase that the children will survive and thrive. I am privileged to partner today with Auntie Anne's pretzels and Alex's Lemonade Stand, as these are organizations that are actively raising funds and giving them to the childhood cancer fight.

Along with these teams, I am excited to support a "Mini But Mighty" hero child named Jacob. Jacob was diagnosed in May of 1998 with stage IV neuroblastoma. As of September 2013, Jacob has been in remission for 14 years. 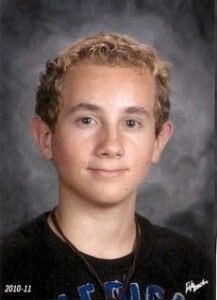 Of all the trials and challenges that God gives us as parents, just imagine the worst, your child is diagnosed with cancer. Jacob was diagnosed on May 12, 1998 with stage IV neuroblastoma. He received several rounds of chemotherapy, 9 hours of major surgery, a stem cell transplant, radiation, monoclonal antibody therapy and  cis-retinoic acid (Accutane) over the course of 2 years. As of September 2011, Jacob has been in remission for over 12 years. His only residual problem has been a hearing loss managed with the help of hearing aids.  He gets yearly visits and blood counts with his oncologist, but otherwise leads a normal kid's life. This is due to the excellent medical care received, the prayers and support of so many people, and to the research and care of the neuroblastoma team of doctors at Memorial Sloan Kettering Cancer Center in New York City.

That is exciting and amazing and inspirational and encouraging to read, isn't it? There are children that have a different story. We all want this story for every single child given the diagnosis of cancer. Every single child. Every single person. When it does happen for someone, and it happens to many thankfully, we feel like shouting from the rooftops- whether we know the child or adult personally or not. It is a human victory. It is our victory.

If you are feeling led to be a part of this childhood cancer fight, I hope you will stand with Auntie Anne's pretzels and consider supporting Alex's Lemonade Stand. Alex was a little girl who fought the cancer fight. She raised money from lemonade stands to help other children with cancer, even though she was fighting it, too. There is no doubt she would be thrilled to see her legacy, much like Julia Cobb's, spreading all over the place. You can go to Crowd Tilt to help give money to fight childhood cancer. There is about a week left in this wonderful campaign. Wouldn't it be amazing if we all gave what we could- even if it was $1 or $5- and saw the money raised go up and up and up?

You can go here to give or you can use the widget below.

And one last thing before you go...whether in the form of financial, emotional or spiritual support...

I would like to thank Auntie Anne's for reaching out to me to be a part of this campaign and for donating money to this wonderful cause on my behalf. We will keep it going!